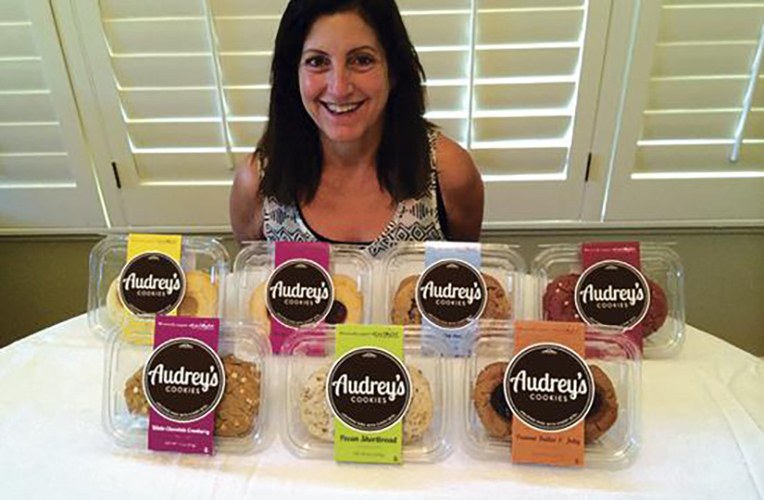 A scrumptious win-win situation has arrived in all Whole Foods locations in Santa Monica, as well as stores in the Pacific Southwest region. There is now a way to enjoy the essence of homemade cookies, contribute to a worthy cause, and take part in a family legacy.

Audrey’s Cookies, founded and owned by Roberta Koz Wilson, was launched in Whole Foods locations about four to six weeks ago and are now shelved all over southern California, Arizona, Nevada, and Hawaii.

For Wilson, the cookie company stands as a legacy in honor of her mother, Audrey Koz, who possessed a talent and love for baking.

After her sudden passing, Wilson launched a website “Cookies for a Koz” that sold cookies she made herself. This endeavor, however, was quite an uncharacteristic course of action for Wilson.

“The stars seem to be lining up,” Wilson said. “I was in corporate America for 21 years: I was nothing of a baker – very far from it.”

On the other hand, her mother was a “pharmacist by profession” and a “baker by passion.” As a woman who utilized her homemade cookies as a way of self-expression, Audrey Koz was well known for showing her sociability and kindness through her baked goods.

“It was her way of spreading love and happiness,” Wilson said. “She never went anywhere without her cookies.”

Wilson considers the company a fate-driven product, as her mother had always wanted to start a cookie brand but was never business-minded. Because Wilson’s talents, traits, and background in business encompassed quite a contrary description, the concept of Audrey’s Cookies seemed to fall in place perfectly.

“My mom’s favorite charity was Starlight Children’s Foundation, which helps sick kids and their families,” Wilson said. “In her honor, we donate a percentage of all sales to Starlight.”

Due to Wilson’s pre-Whole Foods discontentment with the way her products were managed and distributed, she wound up teaming up with the natural foods supermarkets after realizing that the chain shared some of her values.

Not only did Whole Foods emphasize the idea of placing products behind the bakery instead of on shelves, the market also encouraged the charitability of the cookie company.

“Whole Foods really wanted to keep the true nature of my mother’s cooking,” Wilson said. “They’re also really behind the whole concept of giving back.”

Although the cookie company is relatively new to the public, the feedback that Wilson has received through her demos she has been holding has been uplifting.

“I don’t think I’ll ever get tired of people going crazy over these cookies,” Wilson said. “I love hearing that they taste homemade, since that’s so unusual for a packaged cookie.”

As a response to the positive feedback, Wilson says that she attributes the taste of the cookies to not only “the high-quality ingredients used”, but also the fact that “the cookies have her mom’s magic in them.”

With a laugh, Wilson said that her baked goods may not be “gluten-free, but they’re guilt-free,” as charitable giving remains a core value.

Audrey’s Cookies strives to “make the world a better place, one cookie at a time,” with its official tagline stating its mission to “help kids with every bite.”